The joy knowledge can bring.

Unlike his smallholder farming neighbors, Nana Yaw didn’t grow up on a cocoa farm. He knew almost nothing about cocoa farming before he started out in 2003. Married, with four children to support, he tried very hard, but in his words, he could not escape being “financially handicapped.”

When you start a cocoa farm from scratch, it takes six years until the first harvest. And what Nana Yaw didn’t know about pruning, fertilizing, weeding and farm practices cost him dearly. His yields were low. The income just couldn't sustain them. He could not enroll his children in the National Health Insurance Scheme (NIHS) and his children were often ejected from school because he was so far behind on the fees. That was then. Today Nana Yaw is a lead farmer in the Farm Development Plan program. His yields and income have increased dramatically and his family is thriving.

What made the difference? Better information and knowledge.

Some of the most valuable lessons he learned were about pruning to allow more sunlight in and create airflow to prevent cocoa pods from rotting. He didn't know that his practice of cutting down trees prior to planing was harmful, not helpful, or that leaving pesticide and weedicide containers on his land was so harmful to his crops and the environment. 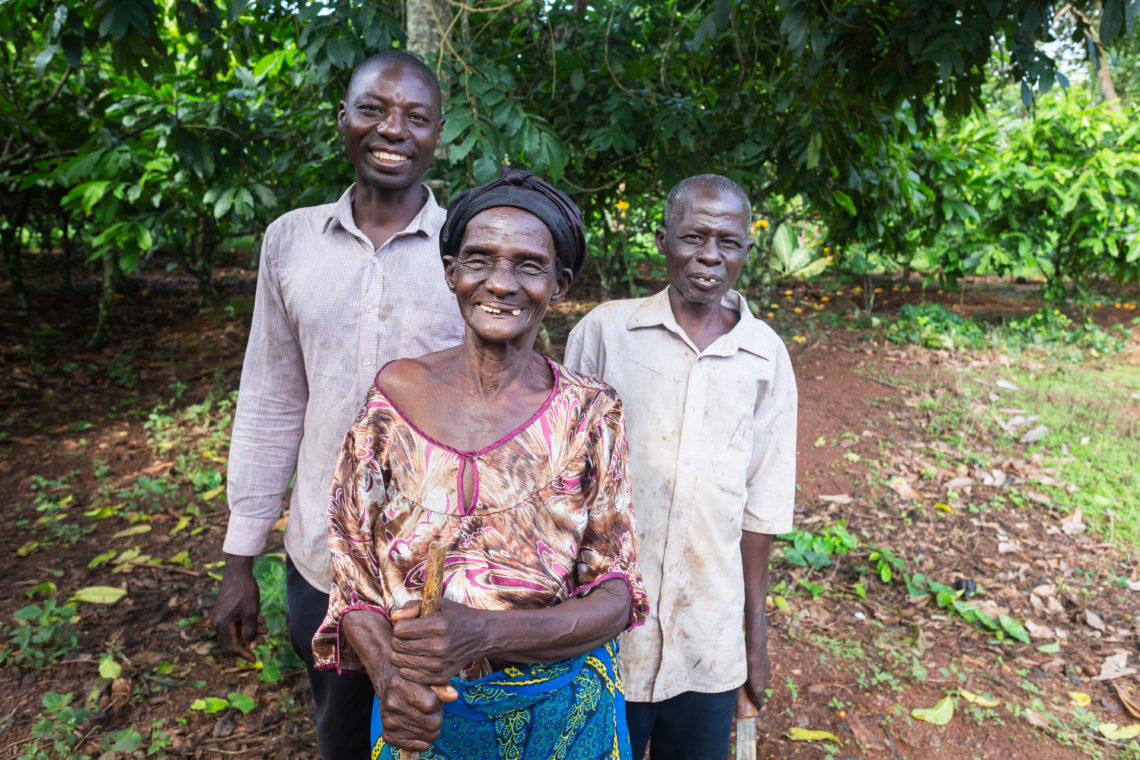 Nana Yaw with his family

Most of all, he learned that investing in agriculture pays off. Now he follows the Farm Development Plan directives and best agricultural practices he has learned.

After joining the Farm Development Plan (FDP), I have been able to enroll the entire family into the NHIS insurance due to improvement in my finances. I have the financial muscle to pay my children school fees. The FDP has made it possible to get a bumper harvest and as a result, improved my financial status. This has enabled me to meet all my financial obligations in the family. I have also been able to save some of the money in the bank that I fall onto in the event of any unforeseen contingencies. I have benefited a lot.
— Nana Yaw 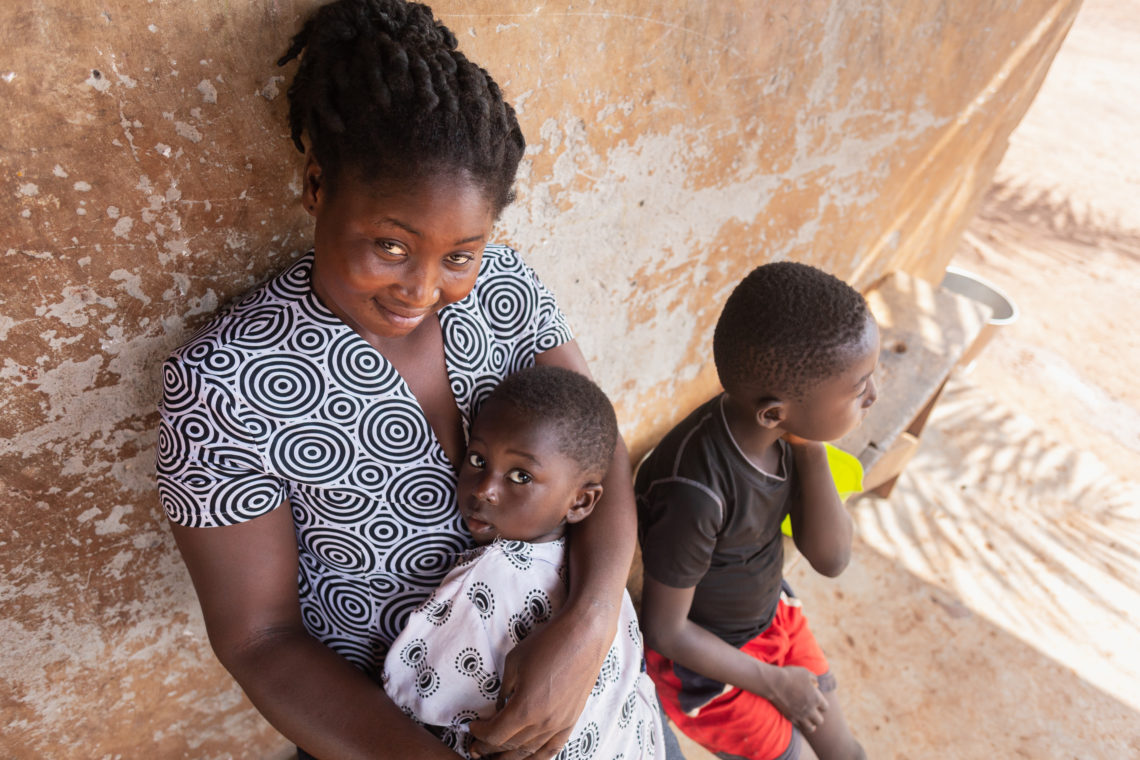 Nana Yaw’s wife Augustina Ansua, and two of his children

Nana Yaw says that participation in the program has brought joy to his life. He gets excited to see such direct benefit from simple things like changing his pruning methods. Every time he sees how the cocoa trees have flowered and produced lots of cocoa pods, he says he feels overjoyed. And he is most proud of the new joy in his family life. Everyone is taken care of.

Give knowledge. Give Power.
Donate today.