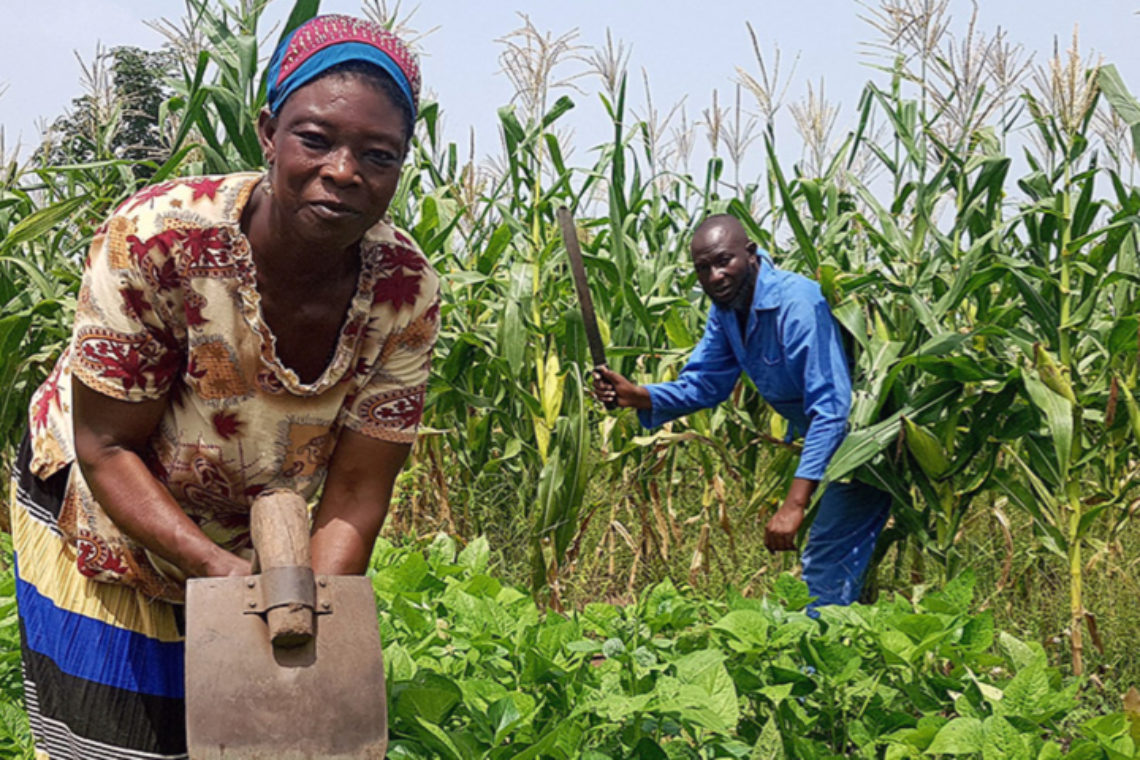 Women are the bedrock of agriculture and produce most of the food in rural communities.

Global hunger is near a ten-year high. Almost 821 million people—one out of every nine persons—are chronically hungry and roughly one-third of women of childbearing age suffer from anemia, a form of malnutrition that heightens risks of maternal and infant mortality and saps energy. In Asia, 515 million are hungry, in Africa, 256.5 million.

This upswing in hunger and malnutrition after years of decline points to the growing impact of extreme weather and of conflict. It also highlights the critical need to support the livelihoods of our most important producers—women smallholder farmers.

Women are the bedrock of food production in low-income countries. In rural communities, where most of the world’s hungry live, they account for almost half of agricultural labor and produce most of the food eaten locally. In some communities, women play an even larger role, carrying out up to 80 to 90 percent of agricultural activities. Yet women typically own less than 10 percent of land, get just a sliver of the loans provided to farmers, and rarely benefit from extension services and training. Their crucial role in food production is minimized as household labor.

Women farmers need sustainable ways to improve their productivity, fully maximize their farms, and earn more to feed their families.

According to the Food and Agricultural Organization of the UN, if women received the same access to land, technology, financial services, education, and markets as men, they could increase their production by as much as 30 percent. This could, in turn, boost overall agricultural production and reduce the numbers of undernourished people globally by 17 percent.

Based on our work with smallholder farmers over the last decade, we see three clear opportunities to transform agricultural opportunities for women.

Around the world, smallholder farmers continue to be under-resourced. It is especially acute for women. The funding gap is an estimated $440 billion, with smallholder farmers receiving less than 3 percent of the financing they need because lenders view them as risky. Women receive even less, often because of customs that prevent them from owning land or require their husband’s consent to open a bank account.

The gap is evident and has prompted a pledge by the African Union Commission to ensure women receive at least 30 percent of agricultural financing by 2063. But government funding is not enough. Private sector and civil society actors must also play a role, tapping the expanding availability and use of mobile technology.

In Kenya, for example, Grameen Foundation and Musoni Kenya created Kilimo Booster, an agricultural loan that offers the access and flexibility women need. The loans are available to both individuals and groups, and the credit officer goes to the client instead of requiring the client to visit a branch office. Equally important, repayment is matched to the farmer’s cash flow. As a result, 12,600 loans have been issued to women.

Despite periodic commitments in the past several years to eliminate gender bias in access to agricultural training, a 2017 Oxfam report found little progress.

In many communities, women are excluded from agricultural training and services—either by design or because they have competing for household priorities when extension officers meet with farmer groups. As a result, women do not receive the knowledge and tools needed to expand their output.

But savings and self-help groups, and women’s agricultural cooperatives can change this. In Burkina Faso, for example, Grameen Foundation partnered with two local organizations, O.D.E. and SEMUS, to train women in 3,119 savings groups in climate-smart agriculture, nutrition, and “Agriculture as a Business.” The training proved essential in helping many of the women weather a prolonged drought, and even increase their food production under severely adverse conditions.

Similarly, the United Nations program in Ethiopia focused on women by forming women-run agricultural cooperatives to boost agricultural production. By working directly with women in traditionally male-dominated communities, the program is reshaping attitudes towards women’s ownership of livestock and other assets.

In Rajasthan, India, we’ve seen the powerful impact of women’s autonomy on food security. With our partners Freedom from Hunger India Trust, Vaagdhara and Pradan we’ve worked with women’s self-help groups, combining training in nutrition-sensitive agriculture with the initiation of “gender dialogues” that open conversation about the roles of men and women in agriculture and in the home.

The training has led to increased production of more diverse indigenous foods, including those that combat anemia. Meanwhile, the dialogues have helped strengthen women’s household decision-making power: about food purchases, family meals, crops to grow, family finances and family health.

At its core, hunger is about more than just a lack of food—it is disempowerment on all levels, and a lack of access to resources that can help women, families and communities thrive.

This year, World Food Day proclaims: OUR ACTIONS ARE OUR FUTURE. A #ZERO HUNGER WORLD BY 2030 IS POSSIBLE. To imagine a world with Zero Hunger, we must start today by finally giving women the support they need and deserve.