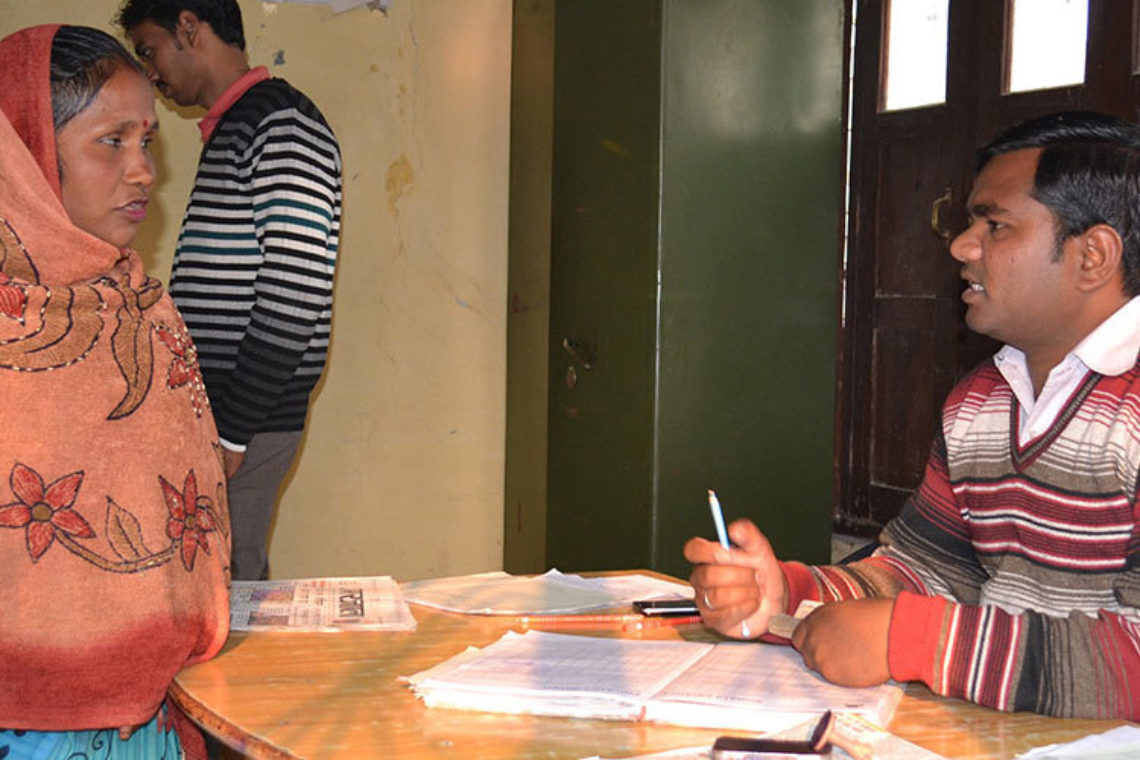 Woman in India visits the local Sonata Bank branch where the AePS system is in use..

This blog post was originally published on the Microfinance Gateway blog.

India’s Aadhaar Enabled Payment System (AePS) is the world’s first national biometric-based payment system. In the two years since its launch, AePS has revealed both benefits and challenges as it seeks to expand financial inclusion. Grameen Foundation India has experienced these directly as we work to scale digital financial services and financial education.

How does AePS work?

Transactions can take place at a bank registered with the system, or at a Point of Sales (PoS) machine set up through bank “business correspondents” such as microfinance institutions (MFIs). This brings access, convenience and cost savings to rural customers who live far from a bank branch.

In a project funded by Citi Foundation, we incorporated AePS to help expand financial inclusion for poor and low-income women in the state of Uttar Pradesh. With our partners, Sonata Finance, a leading Indian MFI, and Oxigen, a leading payment solution provider, the project reached out to women through 150 Sonata branches, where trained staff could assist clients in using the digitally-based PoS machines.

From March 2017 to November 2017, clients made more than 32,000 transactions worth USD 110,448 (INR 74 million) at Sonata branches. They made payments on individual or group loans from Sonata, deposits, and withdrawals. More than 58,600 women clients were trained on the AePS platform, and 15,760 made transactions.

An impact study of the project carved out some of the key advantages and challenges faced with AePS platform.

Clearly, although benefits to the system were strong, operational challenges present severe limitations to the AePS system. Due to the regular failure of transactions, many clients expressed feeling discouraged from using the platform.

For AePS to deliver fully on its promise of expanding financial inclusion in India, these experiences point to the need for several crucial changes. AePS must reduce the number of failed transactions, and expedite the redress of failed transactions. To do so, three main issues must be addressed: