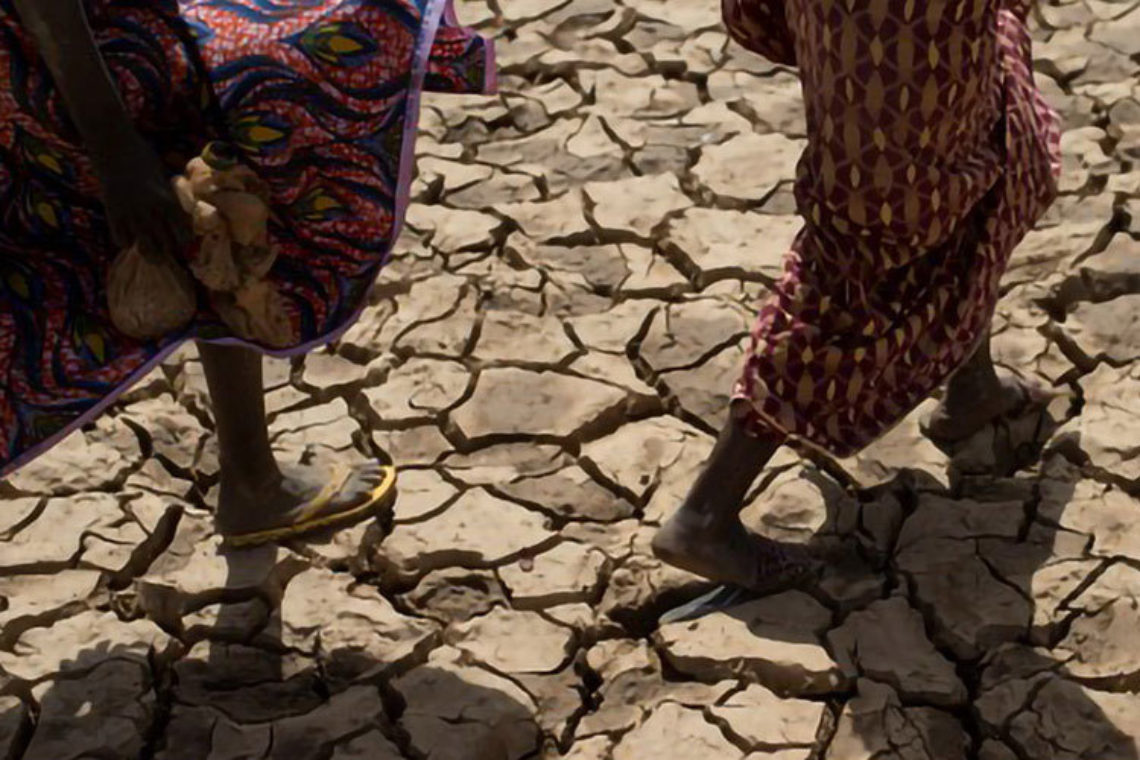 Drought and poor harvests in Burkina Faso are constant reminders that building resilience to shocks is a long-term game. (Photo: ChristianAid/Andrew Testa)

Daffodils symbolize rebirth and new beginnings. For those of us that garden, they signify the entry into Spring, although snow may still cover the ground. When the green leaves start to peek through the frozen soil, you wait in anticipation for the yellow and white flowers to finally bloom, knowing that one morning, you’ll wake up with a beautiful flower to greet you. The flowers are completely resilient to the snow and freezing temperatures despite their delicate petals.

This past spring, as I waited for the daffodils to bloom in my yard, I thought about the women Grameen Foundation works with in Burkina Faso. We had recently completed an endline survey for women savings group members who participated in a three-year project that provided agricultural and income-generation loans, nutrition education, agricultural extension support, and gender dialogues that included their husbands and other community members. This integrated approach is designed to improve agricultural production and household communication and increase the women’s resilience to shocks.

We waited to conduct the endline survey until after the harvest season, knowing the women and men participating in our survey would be busy in the fields. But although we held off, the harvest had yet to come. Attitudes were poor and anxiety high, as people completing the survey reported that the greatest shock experienced was a poor harvest due to drought.

I imagine that every year after the women plant their sesame and cowpea seeds, they also wait with anticipation for the first buds to show--but the stakes are profoundly different than for my daffodils. Should their seeds fail to flourish, there would be terrible consequences on household income, nutrition, health, and overall well-being.

In our 2013 research in Burkina Faso, we found that women who reported feeling resilient against shocks also reported saving money, having access to a portfolio of financial services, diversifying their income, raising livestock—and feeling less fear of their husbands.

However, data from our 2017 endline assessment painted a different picture. It revealed that more women reported fearing their husbands, their decision-making power had decreased, and their income had gone down. This was a disappointing result of years’ long efforts. Yet, when we dug deeper into the results, we found that although they had suffered many setbacks, they had fared much better than did neighboring women who were not in the program.

We also found that although women in our program were impacted by drought and the poor harvest, they were actually more food secure at endline, despite the economic stress and reduction in income.

Based on our prior research, this made sense. We had already shown that during a crisis, the male head of the household assumes even more responsibility for financial decisions. Therefore, given the drought and corresponding economic crisis during the program, it was no surprise to find that women felt disempowered based on their still limited, but growing, economic contributions to the household.

This reminds us that building resilience to shocks is a long-term game. At times, it is one step forward, two steps back, particularly among households that face chronic shocks. But we continue to trust, as do the women, in the power of the women’s savings groups because they serve as a platform for training, nutrition and financial support and emotional support. Just being a member pushes against social norms that limit a woman’s universe to her home and perhaps the market.

When our program staff moves on, the women’s groups stay, and the women continue to support each other. The groups grow and the women continue to learn. There is a Kenyan proverb that says “sticks in a bundle are unbreakable.” Sticks in a bundle may bend under pressure, but they bend together. Women’s savings groups often use the proverb to remind their members of the collective courage and strength they have when they support each other.

Ironically, the same is said about daffodils. They should be presented in a bunch, as superstition has it that a single bloom can foretell misfortune. A woman alone during a crisis may face deep misfortune. But women facing a crisis together means no one person falls too far, as they support each other through periods of difficulty, and one day take a collective step forward.