Notes From the Field

Back to Notes From the Field

When the recruiting team confirmed in December 2019 that I was the successful candidate for a Grameen Foundation / USAID sponsored project to improve the quality and safety of Desiccated Coconut produced in the Philippines I was over the moon. I thought to myself ... this is going to be a life-changing experience!

Soon we were in January 2020, weeks had turned into days, and Tuesday was finally here. I packed my bags the morning of departure and made it to the Sacramento International Airport just in time before the gates closed. I’m pretty sure I was the last person to get checked in for the flight.

I arrived in Manila on a Thursday and was met at the airport by Michael from Grameen Foundation. I had met Michael “virtually” during the recruitment process, it was great to see him in the flesh. We grabbed, more like I grabbed, a late breakfast at the airport, and then set off for my hotel. During the drive I had my first real taste of Manila; the traffic was massive!! On the upside it gave Michael and I time to talk over things and get to know each other better. I checked into my hotel room and then I got my second impression of Manila. The skyline could have passed for any big city’s. It was flawless. I made a short video of it and shared it with my family and friends. My caption for the video was “what a welcome into the Philippines”.

When I first saw the Coco Asenso facility I knew I had made the right decision to come and support.
— George Victor Otoo 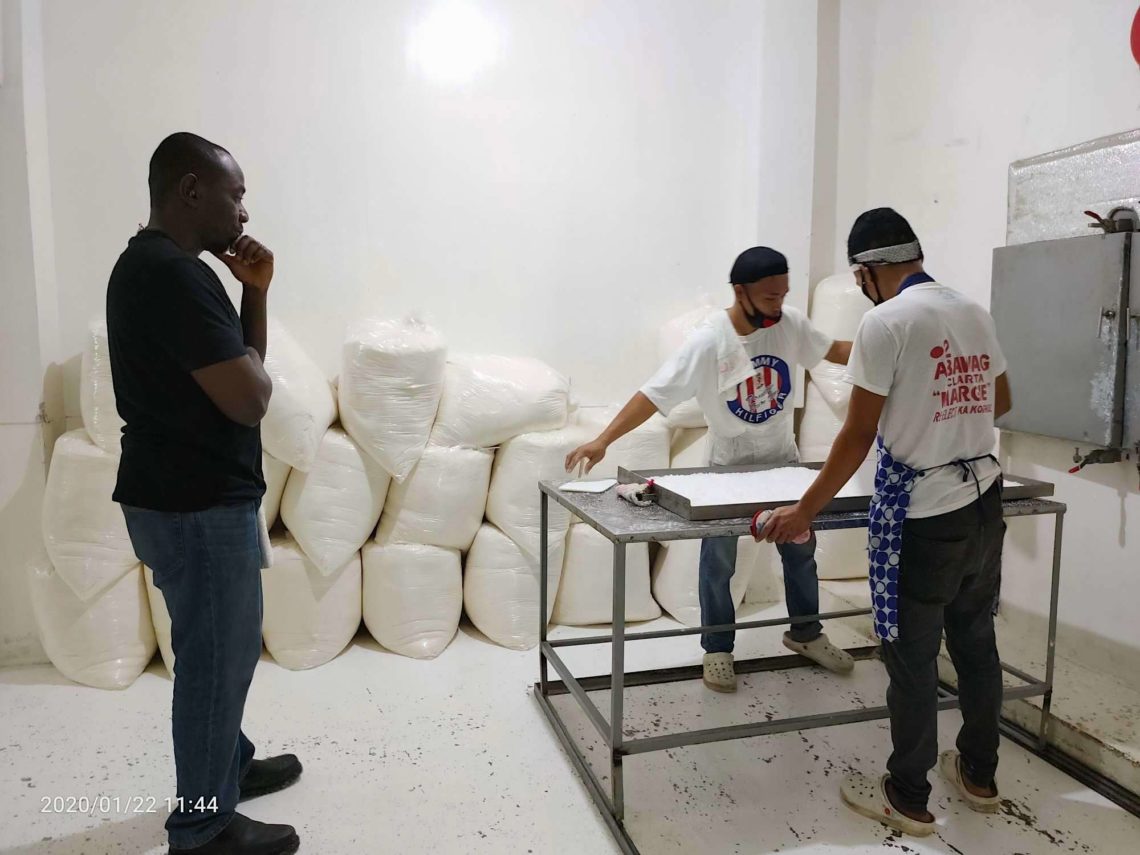 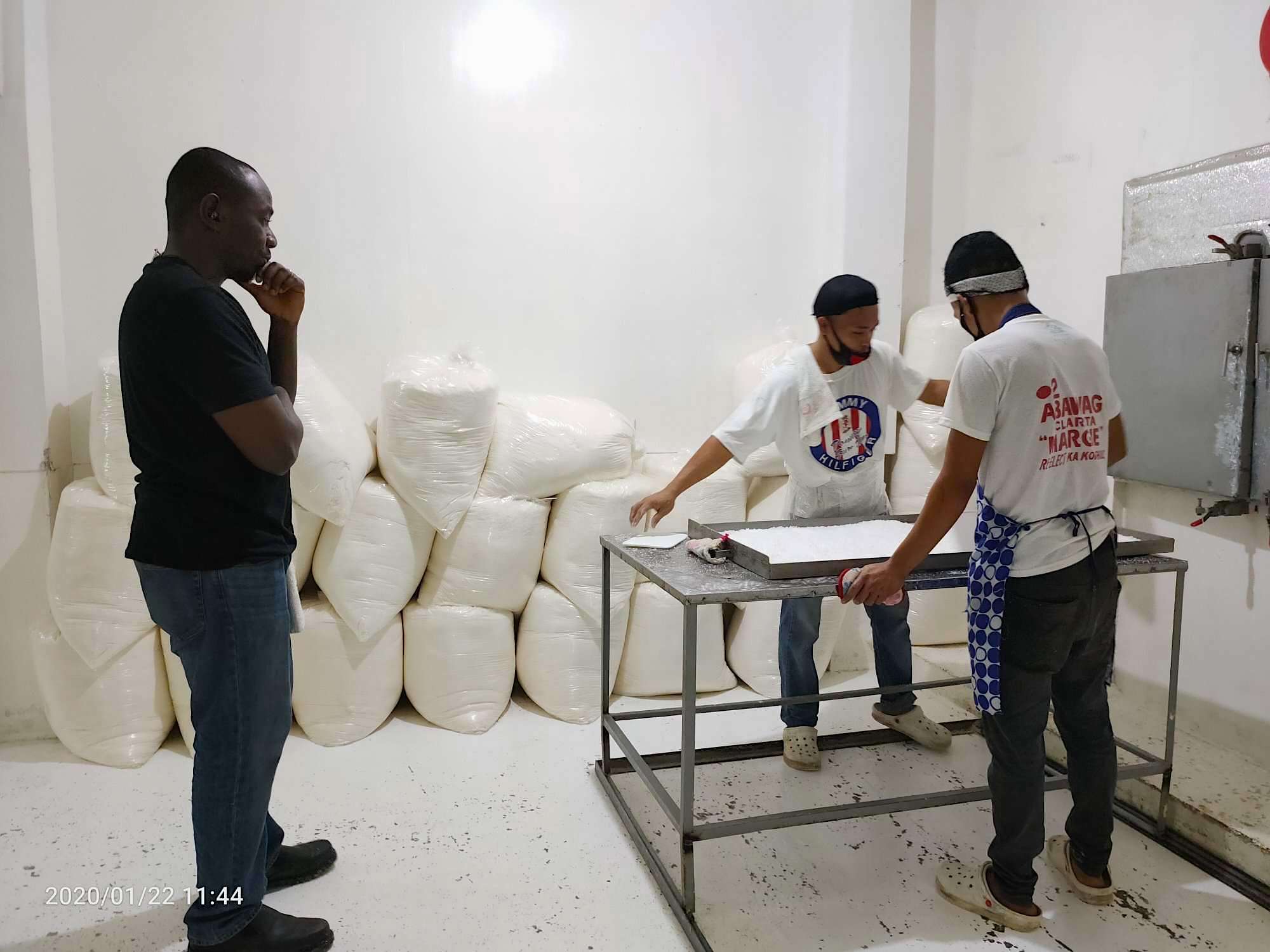 The next day I visited the Grameen Foundation office. The people were super nice. I was to learn later in Samar that Philippinos are generally hospitable people, and I couldn’t agree more. We had lunch together after a brief tour of the office. Okay, we all know Asian food is good, Philippino food? Awesome!! The fried fish, breaded fried shrimp, soups, coconut milk sauce. It was simply amazing.

On Saturday I met up with Asa (Founder and CEO of Coco Asenso) and we flew to Tacloban together. It was a two (2) hour flight from Manila. The Tacloban Airport serves the island where Asa’s coconut processing plant is located. It took us another two and a half hours to get to Paranas from Tacloban. By the time we got to Paranas Asa and I were well on our way to becoming great work partners.

When I first saw the Coco Asenso facility I knew I had made the right decision to come and support. The facility had everything it needed to be a well-run unit. It only needed some extra attention to the little details to guarantee consistent quality and safety of the products.

The interview was humbling as it gave me an opportunity to reflect on how much of an impact my visit may have on the community; increased output by Coco Asenso means more income for coconut farmers and other locals employed in the production process and the rest of the value chain.
— George Otto

In the first couple of days, I observed and asked questions about how Coco Asenso conducted its business. Within days we were almost fully aligned on where the business was with respect to quality and food safety and what needed to be done to improve operations. The next few days after the observation phase were used to brainstorm ideas that could be used to tackle the key challenges requiring immediate attention. In the final few days, the team was trained on best practices for food safety, quality, hygiene, sanitation, and pest control.

A key highlight of my visit was an interview given to a team from the Philippines Information Agency and the Philippines Coconut Authority on the scope and objectives. We also discussed gains made so far and the next steps after the visit to consolidate these gains. The interview was humbling as it gave me an opportunity to reflect on how much of an impact my visit may have on the community; increased output by Coco Asenso means more income for coconut farmers and other locals employed in the production process and the rest of the value chain.

Three weeks go by fast when you’re locked in. My time in the Philippines was both productive and fun. I look forward to going back to experience the warmth and hospitality of the beautiful country, especially that of the new friends that I’ve made. To Michael, Beverly, Dondon, and Judith of the Grameen a Foundation team in the Philippines I say a big thank you for this rare opportunity to serve. 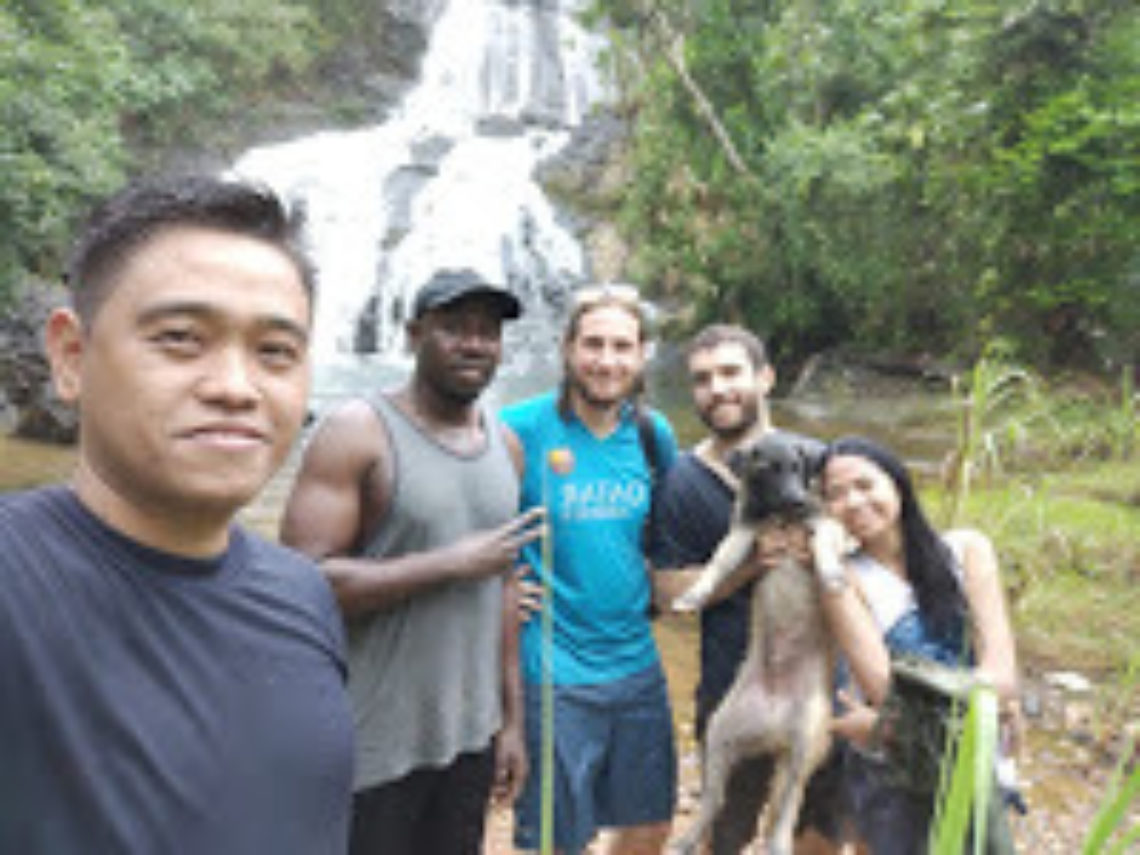 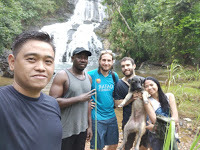 To Asa, Ethan, Lore, Jun, Jovani, and Ponkey (the doggy) of the Coco Asenso team in Samar, I couldn’t ask for better hosts. I’m sure we’ve made lifelong friendships during this short period. Thank you all for a great visit.